We’ve seen people use dolls . . . cardboard cutouts . . . and even Halloween skeletons to scam their way into the carpool lane.  So it’s kinda refreshing to see someone keep it simple .A guy in New York got pulled over last week after he dressed his passenger seat up like a person, and tried to use the carpool lane

Has making out with a guy with facial hair ever INJURED you?  It’s called “beard burn,” and it’s actually somewhat common.

A woman on TikTok posted a video of her chin all scraped up after a make-out session with some stubbly dude.  Then another woman posted photos of a much more severe injury . . . actual BLISTERS on her chin.

Some people think he may have given her a staph infection.  Meaning his stubble scratched her skin up, and some staph bacteria on his face got into the wound.  She hasn’t confirmed or denied it, but did say it healed eventually. 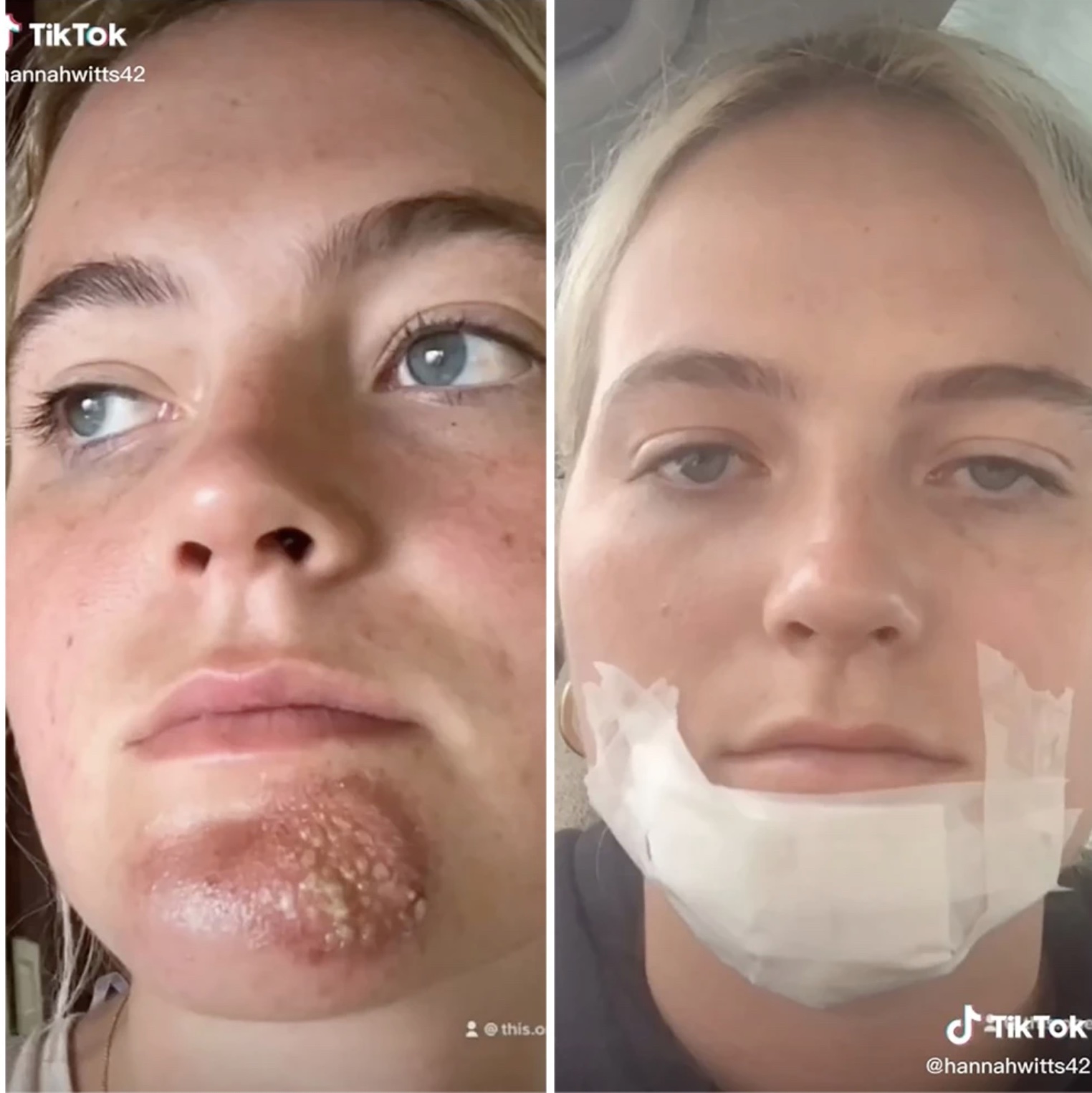